What's the Difference Between Advertising and Self Promotion?

A sudden thought struck me the other day as I'm getting ready to release my chick lit novel. As it's my first fiction book, I'm already planning to do more marketing than I've done with my other books. And I'm hoping my marketing efforts will be more noticeable as chick lit appeals to a broader audience. However, this does not mean I'll be going on any grand tour of blatant self promotion as I honestly don't believe this works.

So then I thought about the general concept of marketing and what certain terms mean. When someone mentions marketing what they're really saying covers a whole lot of other areas. Marketing is just an umbrella term that sometimes does nothing but confuse people trying to suss it out.

When I first started writing seriously, I thought marketing was just another word for blatant self promotion, or spam as some people say. And as a writer I knew this method was unlikely to work and what blatant self promotion I have done seems to have little affect on sales. So instead I concentrated on writing my next book.

But then I started to think about advertising. Advertising may be more expensive and it may take longer for the results to show but I think it's more effective on long term sales than just promotion. If for example you have your book placed in many different stores it is likely to sell more copies than just having the book in one store and constantly bleating on about it.

Having your book in many different places whether it's online or in real book stores will help increase sales without much blatant self promotion. Of course, you'll have to tell people where it's available but even then I think that's different to self promotion.

What do you think - is advertising a better strategy than promotion? What has worked for you?
Posted by LK Watts at 05:01 2 comments:

Does Fear Hold You Back from Publishing Your Book? 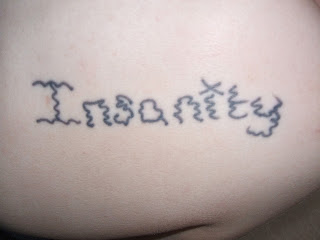 I'm anxiously awaiting to receive my manuscript back from its editing process and already I'm feeling slightly terrified.

This is a big moment in my life because when I do get it back and make the necessary alterations and corrections, I'll have my first fiction novel ready to be published.

Naturally I'm very excited about this and I've already started to plan out my fourth book in an effort to take my mind off my third book. I figure that while I'm waiting, I may as well be doing something useful. Writers never stop writing so it's onwards and upwards with book number four.

Unless they're writing an entire library, I don't think any book should take this long and I wonder what's holding them back. Many, many writers have other commitments such as other jobs and family issues but they still manage to publish a book every year or two.

Then I think to myself is it fear? Fear of the unknown and people writing reviews stating they can't write. Fear of being ridiculed for publishing a book that only sells one copy per year.

Thoughts like these go through every writers' mind, whether you're J.K. Rowling or a complete novice. But what separates these writers is that the J.K. Rowling's publish their books and try not to worry too much while they get on with writing their next novel. The other writers will dither and dither and make constant rewrites and corrections, consequently never getting their book published.

You don't want to rush your book and it's crucial to make it the best it possibly can be before you release it for the world to see. But what's important is realising when that time has arrived.

If you're a writer who find themselves worrying a lot about their book and you constantly change and rewrite it, I hope this post has helped you. I have a self help book about fear and anxiety and it's got one pivotal lesson:

Action brings satisfaction. No matter what the problem or fear is, doing something about it will always make you feel better.

So take action and have the courage to publish your book before you go completely insane.

Do Writers Sell More Books if they Cross Genres? 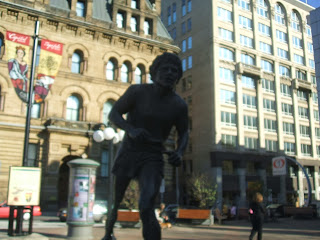 I've been browsing many best selling authors on Amazon this week after finally finishing my third book. I've been a little high when thinking that one day I might achieve this same status.

But despite these authors writing different categories of books, they all seem to have one thing in common: they write in different genres.

If you look for information regarding how to sell books on the internet, you're more than likely to discover discussions on author brands, and how it's crucial for writers to build their brand name on their platform to entice their readers. This advice is given so your readers will begin to trust what sort of books you produce. For example, everyone on this planet knows what books Stephen King writes and on his books you'll notice he'll have his name on the top of his book rather than the title. Not only is this more eye catching as usually it's the first thing you see, but the title on the bottom of the book will almost seem insignificant. The reader knows who the author is so therefore even without glancing at the title they'll know roughly what the book is about.

But what happens when writers do decide to cross genres? Will their existing brand be ruined if they decide to hop about all over the place?

I've often worried this myself because this question is going to affect me very soon. My first two books have been about travel, adventure and excitement with a little steam thrown in there too. Most people know me as a citizen of the world because I am open about the fact that I've been around it three times.

But what will happen when my third book is released and people discover it's not related to wild backpacking stories, and that it's just another chick lit book in an overcrowded market? Can I expect my current fans to have the same enthusiasm if I dare ask them to read it?

Then I stop to think a while.

Yes, I have fans for my two current books but I'm sure these people just don't like to stick to one particular genre, do they? Okay, some might but I'll probably discover readers like myself who like to read all sorts of different books. I like to read non fiction, biographies and memoirs. Books by Belle de Jour and real life stories of serial killers. That's the crime reader in me. I also like to read light hearted chick lit and comedy books by Sibel Hodge. Her Amazon author page is here: http://www.amazon.co.uk/Sibel-Hodge/e/B003H0Q4EQ/ref=ntt_dp_epwbk_0

So then I wonder do these writers sell more books overall because they've branched out and attempted to reach a different audience?

A lot of successful writers will tell you more books will equal more sales because every book has the potential to find more readers. I blogged about this topic last week: http://lkwattsconfessions.blogspot.co.uk/2013/11/has-marketing-lost-its-effect.html

You might be wondering why a photo of Terry Fox is on my blog. I posted this picture in an effort to inspire fellow writers. Terry was an athlete of great tenacity. He had determination and great courage. Terry died in his early twenties from cancer after nearly running the entire width of Canada on a false leg. Although he was ill he was determined to achieve his goal. He had qualities shared with successful writers. He didn't give up but continued his marathon, however much of a struggle it was.


So what do you think? Do writers brave enough to venture into a different genre sell more books overall? Please share your experiences with us.

Has Marketing Lost its Effect?

I've been in the self publishing industry a good couple of years now and one concept that's always baffled me is the issue of marketing.

When I published my first book, marketing it was all I could think about and I consequently felt overwhelmed by the contradicting plethora of advice on the internet. I spent months and months and months reading so much information and when I put it to practise none of it seemed to work.

So then I changed my tactic. Instead of spending my time doing all these marketing efforts with no real results, I started to follow writers like J.A. Konrath and Bob Mayer who have been in this industry for decades to see what advice they could give.

And they said one pivotal thing: no matter what you write and who you write for, the best marketing technique is to write another book.

When I read that advice it felt like a huge cloud had been lifted. Finally something I could do and I know I could do well and that is to write my next book. It sounded so simple.

Now four years on I have just finished my third book and for the last several years, I've always promised to put my writing first over any aspect of marketing. I really do believe that Amazon and other retailers have so much control over how our books sell than we'd like to think. I spend time in the Kindleboards writers' forum to hear other authors mention the direct impact Amazon's algorithms have had on their sales. No matter how much marketing they do sales seemed to be stuck at a certain number.

So many writers spend so much time trying different marketing techniques trying to keep up with these pesky algorithms. But not many of these writers can measure the effects of their marketing efforts with much success. Even writers like J.A. Konrath say that when they spend time promoting sales results often aren't instant. It can take weeks if not months for promotion to have any effect and I think that this is what makes it so difficult to have an accurate measure for these results.

One thing I'm not knocking is paid advertising. However, I still have to try that but I've spoken to many writers who have said that this method has had spectacular results for them. Maybe because it's paid - I don't know. But one thing I do know is this. Self publishing has become so popular these days anyone can put their rubbish out there and it takes a lot for any book to become visible.
Posted by LK Watts at 04:36 5 comments: